How does the bitcoin source code define its 21 million cap? 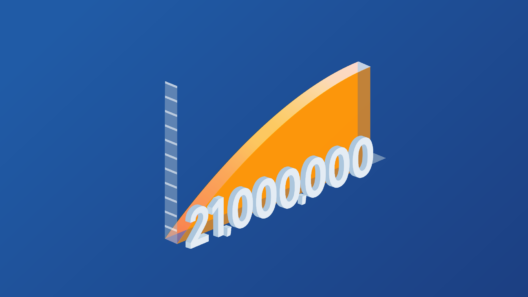 Many of bitcoin’s staunchest critics have expressed doubt about its 21 million cap, but perhaps the most mindless criticism relates to the fact that the supply limit is not specified in its code in plain language. That may be true, but this part of bitcoin—how exactly the supply cap is defined in its code—is relatively easy to prove.

I’ll just challenge the group to one other thing: how do you know it ends at 21 million? You all read the algorithms? You guys all believe that? I don’t know, I’ve always been a skeptic of stuff like that.

The bitcoin code uses a mix of consensus rules and simple math agreed upon by everyone who runs a bitcoin node to implicitly establish the limit. Here, we’ll break down the code to verify with certainty that bitcoin’s cap is 21 million. If this is a bit too technical and you’d prefer a higher-level overview of 21 million and its significance, we have that too.

To understand what the code says about bitcoin’s total coin cap, the first place to look is the function for block subsidies. This part of the code is vital to verifying bitcoin’s fixed supply because all new bitcoin originates from block subsidies (which are included, along with transaction fees, as part of block rewards) paid to miners.

This section of code defines the amount of the block subsidy and determines the schedule for its reduction over time by way of the halvings. When the block subsidy reaches zero, it signifies bitcoin’s total supply has reached its limit. It will reach zero, eventually, due to 33 pre-programmed halvings.

Let’s begin by looking at the way bitcoin defines how many halvings have occurred.

This first line opens the function and specifies that what follows are the parameters for the block subsidy. Next, we get an equation that calculates the number of halvings:

This line says a lot, so let’s break it down:

That last parameter, nSubsidyHalvingInterval, is a static value set to 210,000 blocks as defined elsewhere in the bitcoin codebase, shown below:

The end result reveals we are in the epoch after the third halving. Note that before rounding down to the halving integer 3, we have the quotient 3.52764286. This number is useful, too, because it indicates we’re just beyond halfway between the third and fourth halvings.

This comment helps programmers and observers better understand what is happening with the code—in this case defining a bug fix to force the block reward to zero in one circumstance, as described next:

These lines often cause confusion because it would seem to define that there will be 64 halvings. That isn’t the case—you can read the technical details about why this bug fix was necessary if you wish.

To understand how the block subsidy is calculated, you first need to know about COIN. COIN is an agreed-upon value specified elsewhere in the code as “100000000”—or the total smallest divisible units of a bitcoin. Nowadays, we call these satoshis.

Here’s the parameter in the code that specifies the amount of COIN:

The next line in the GetBlockSubsidy() function defines a fixed number equal to the block subsidy paid on each of the first set of blocks of bitcoin mined—the 210,000 blocks that occurred before the first halving. In plain English, nSubsidy is equal to 50 times the value of COIN, or 50 bitcoin.

The binary representation of nSubsidy (or 50 * 100000000) is 33 bits in length, which will be helpful later for understanding how the code divides the block subsidy with each halving:

Starting with the first block reward of “50 * COIN” (50 bitcoin), the subsidy is subsequently cut in half every 210,000 blocks. The lines below describe the function that divides the subsidy in half based on the current halving, as we first described above.

The critical element of the code above is the >> or “bitwise right shift”. A bitwise shift is a standard operator in the C++ programming language. Here, it means an “arithmetic shift to the right by one bit”, which is the same as dividing by two. It’s important because it helps illustrate how the supply schedule knows where to cease division.

The first value in our calculation above is a fixed number. The second value changes based on where we are in the halving schedule. Here again, is the binary representation for the fixed value of 50 * 100000000 (the initial block subsidy):

A single “bitwise right shift” removes the last digit on the far right from the above string. Converting these binary numbers to their decimal equivalent numbers reveals the subsidy after the first halving:

A >>3 shifts our initial binary number by three spaces to the right, which drops the three furthest digits and creates another new number.

You can visit rapidtables.com if you want to play with this operation yourself. Every time you shift by dropping an additional digit from the right side of the initial binary string, the equivalent decimal number cuts in half.

The scarcity of newly-issued bitcoin due to these bitwise right shifts, occurring every 210,000 blocks, is eye-opening:

Core contributor Pieter Wuille has explained that the real total is a bit lower. While the sum of the block subsidies if collected in their entirety is 20,999,999.9769, after accounting for the coins created in the genesis block not being spendable, early bugs, and miners experimenting with the code (some blocks claimed less than allowed), the total supply is actually less—closer to 20,999,817 bitcoin.