Taking control of your bitcoin in case of a GBTC unwind 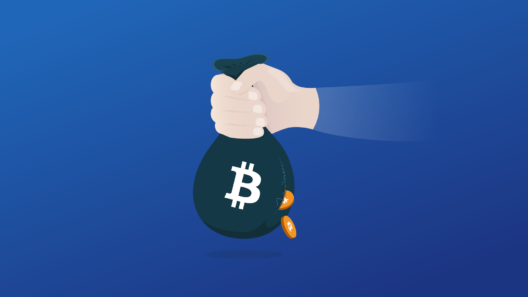 The GBTC trust, also known as the Grayscale Bitcoin Trust, is a private, open-ended trust that holds bitcoin and issues shares representing fractional ownership in the bitcoin held by the trust. The trust is managed by Grayscale Investments, LLC, a digital currency asset manager.

Currently, actions underway by activist shareholders could lead to an “unwinding” of the GBTC trust, effectively distributing the trust’s bitcoin assets directly to the shareholder clients. In the event that the initiative succeeds, shareholders could have an opportunity to receive real bitcoin.

In the event of an unwind, you’ll receive either cash or bitcoin directly. Whether it’s possible to receive bitcoin in-kind will largely depend on how your GBTC shares are owned and held. Let’s break down four GBTC ownership situations and how you might move forward in each:

GBTC held in a brokerage IRA

As the legal titleholder of the shares, the IRA custodian brokerage would be the party legally required to request the in-kind redemption, as well as handle the incoming coins. It is unlikely that legacy financial institutions would be willing to accept this undertaking, so these account holders would likely be forced to take any distributions from the trust in U.S. Dollars. Given that GBTC has approximately 3% of the entire bitcoin supply under management (over 600,000 BTC), this route could place massive sell pressure and volatility on the USD price.

Hypothetical brokerage IRA recipients of GBTC U.S. Dollar proceeds would have several choices, and knowing them ahead of time could be vital to maximizing their bitcoin stack during a volatile unwind:

GBTC shares outside the retirement account context can be held either through direct registration with the GBTC trust or alternately through a brokerage account. Except in extremely rare cases, shares held through brokerage accounts will be registered in “street name,” meaning in the name of the broker rather than in the name of the account holder.

Those holding shares through direct registration with the GBTC trust could redeem their shares in-kind for BTC. They would arrange their in-kind transaction through the Grayscale unwind process if/when that time comes.

Those with shares registered in “street name,” on the other hand, would first need to contact their brokerage to inquire whether transfer out of “street name” and into direct registration is possible. If it is possible, after re-registration, an in-kind redemption should be available as it would be to any other directly registered shareholder. If not available, any in-kind redemption would have to be handled by the broker (the registered holder of the shares). It seems unlikely that brokers would be willing to allow this option, but it’s possible if the initiative gains broad enough public support.

In this scenario, the LLC or trust should be able to request an in-kind redemption to a client-controlled Unchained vault properly titled under the name and EIN of the LLC or trust. Once received, those funds can be transferred out of the checkbook IRA structure and into an Unchained IRA, which was designed to be simpler and more legally defensible than holding the private keys to bitcoin in a checkbook IRA.

A solo 401(k) may hold GBTC shares through direct registration with the GBTC trust or through a brokerage. With respect to directly registered shares, the plan trustee should be able to arrange for an in-kind redemption, receiving the coins into a client-controlled Unchained vault titled under the name and EIN of the solo 401(k) plan itself (not the name and EIN of the operating business or the trustee). With respect to shares held in brokerage, conversion to direct registration in the name of the solo 401(k) plan would likely be required.

Knowing how your ownership and custody structure works will provide you with insight into your potential future options in a GBTC unwind scenario.

At this point, the GBTC unwind is not imminent. It is a future possibility among many others, yet it has relevant implications for shareholders.  It’s worth noting that this process would be quite complex and likely involve the assistance of legal and financial professionals. It could also depend on the particular terms and conditions of the trust.

At Unchained, we believe controlling your keys is paramount. The importance of key control is a lesson that has been learned by many people over the years, often with some pain involved. If the GBTC drama has been stressful for you and going forward, you’d like to learn how to hold your own bitcoin keys for your personal, retirement, or business bitcoin; we would be happy to talk about your options.

This article is provided for educational purposes only and cannot be relied upon as tax or financial advice. Unchained makes no representations regarding the tax consequences, or financial wisdom of any structure described herein, and all such questions should be directed to an attorney, CPA, or tax advisor of your choice.